Before You Agree to Surgery, Read This

Written By SunCoast SpineCare on September 28, 2017

Before back or neck surgery

If you are considering back/neck surgery, you must read the following article taken from the publication, Dynamic Chiropractor. It is well researched and references to all quotes are provided.  It is simply mind-boggling how the best interests of the patient are ignored.  That famous quote from Hippocretes comes to mind, "do no harm".

David Spodick, MD, professor of medicine at the University of Massachusetts, has stated: "Surgery is the sacred cow of our health-care system and surgeons are the sacred cowboys who milk it."33 Indeed, spine surgery has become the cash cow in the medical world and will only grow larger unless sensibility prevails over profiteering.

In reality, doctors and hospitals are making huge profits off the backs of unsuspecting patients who are not told there may be better and cheaper ways to solve their back pain with chiropractic care or other non-invasive methods. The costs of back surgeries are among the most expensive, and these costs do not include hospitalization, imaging, drugs or medications:34

Deyo found that the mean hospital costs alone for surgical decompression and complex fusions ranged from $23,724 for the former to $80,888 for the latter.35 When combined with surgical costs, medications, MRIs, rehab, and disability, every spine surgery case approaches $100,000 or more. The direct costs are astronomical and may reach as high as $169,000 for a lumbar fusion, and for a cervical fusion as high as $112,480.36 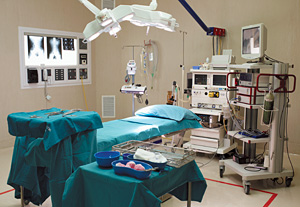 Research suggests that of the 500,000-plus disk surgeries performed annually, as many as 90 percent are unnecessary and ineffective.37 This is unsustainable, and yet growing at incredible rates. Deyo noted, "It seems implausible that the number of patients with the most complex spinal pathology increased 15-fold in just six years," and he mentioned one strong motivation included "financial incentives involving both surgeons and hospitals."38

In the current era of evidence-based medicine, it is difficult to understand the huge increase in spine fusions considering their high costs, poor outcomes and increased disability costs. Indeed, it certainly appears we have now entered into the era of economic-based medicine instead of evidence-based. Despite the huge increase in numbers and costs for spine surgery, the evidence shows this has been a waste.

In 2010, researchers reviewed records from 1,450 patients in the Ohio Bureau of Workers' Compensation database who had diagnoses of disc degeneration, disc herniation or radiculopathy, a nerve condition that causes tingling and weakness of the limbs. Half of the patients had surgery to fuse two or more vertebrae in the hopes of curing low back pain. The other half had no surgery, even though they had comparable diagnoses.39

After two years, only 26 percent of those who had surgery returned to work compared to 67 percent of patients who did not have surgery. Of the lumbar fusion subjects, 36 percent had complications and the reoperation rate was 27 percent for surgical patients. Permanent disability rates were 11 percent for cases and 2 percent for nonoperative controls. In what might be the most troubling finding, researchers determined that there was a 41 percent increase in the use of painkillers, with 76 percent of cases continuing opioid use after surgery. Seventeen surgical patients died by the end of the study.40

The study provides clear evidence that for many patients, fusion surgeries designed to alleviate pain from degenerating discs do not work, according to the study's lead author, Dr. Trang Nguyen, a researcher at the University of Cincinnati College of Medicine. His study concluded: "Lumbar fusion for the diagnoses of disc degeneration, disc herniation, and/or radiculopathy in a Workers' Compensation setting is associated with significant increase in disability, opiate use, prolonged work loss, and poor return to work status."41

Commenting on spine surgery, Nguyen said, "The outcomes of this procedure for degenerative disc disease and disc herniation make it an unfortunate treatment choice."42 According to the editors of The Back Letter, a newsletter from the Department of Orthopedic Surgery at Georgetown Medical Center in Washington, D.C., "This form of surgery in workers' compensation subjects appears to be a gamble at best."

Deyo admitted to The New York Times that the spine profession is ignoring the call for restraint on drugs, shots and back surgery. "People say, 'I'm not going to put up with it,' and we in the medical profession have turned to ever more aggressive medication, narcotic medication, and more invasive surgery."43

In his 2009 article, "Overtreating Chronic Back Pain: Time to Back Off?" Dr. Deyo speaks of the shortcomings of the medical spine treatments in the U.S.:44

"Jumps in imaging, opioid prescriptions, injections, and fusion surgery might be justified if there were substantial improvements in patient outcomes. Even in successful trials of these treatments, though, most patients continue to experience some pain and dysfunction.

"Prescribing yet more imaging, opioids, injections, and operations is not likely to improve outcomes for patients with chronic back pain. We must rethink chronic back pain at fundamental levels."

Dr. Deyo is not alone in his call for reform in spine care. The editors of The Back Letter agreed with his frustration with the medical approach:45-46

The world of spinal medicine, unfortunately, is producing patients with failed back surgery syndrome at an alarming rate ... There is growing frustration over the lack of progress in the surgical treatment of degenerative disc disease. Despite a steady stream of technological innovations over the past 15 years – from pedical screws to fusion cages to artificial discs –there is little evidence that patient outcomes have improved ... Many would like to see an entirely new research effort in this area, to see whether degenerative disc disease and/or discogenic pain are actually diagnosable and treatable conditions. (Emphasis added)

Another study conducted by Deyo and Cherkin in 1994 compared international rates of back surgeries and found the startling fact that the rate of American surgery is unusually excessive and directly attributed to the supply of spine surgeons:47

"The rate of back surgery in the United States was at least 40% higher than any other country and was more than five-times those in England and Scotland. Back surgery rates increased almost linearly with the per capita supply of orthopedic and neurosurgeons in that country." (Emphasis added)

"While many surgeons are careful about which patients they recommend for spine operations, some are not so discriminating," says Dr. Doris K. Cope, professor and vice chair for pain medicine at the University of Pittsburgh School of Medicine. "It's a case of, if you have a hammer, everything looks like a nail."48

And be certain that spine surgeons have been nailing patients for decades. Not only have spine surgeries skyrocketed, so have emerging treatments that have also not proven effective, although very profitable – the increased use of opioids and epidural steroid injections.

The recent growth in "pain management" clinics featuring epidural steroid injections (ESI) has received troubling criticism from medical experts like Robert J. Barth, a neuropsychologist, who believes these ESI treatments "reliably fail, the treatments seems to lead to a progressive worsening of the claimant's presentation, the ineffective treatment never ends, and the original treating doctors refer the claimants into pain management simple as a means of escaping from or 'dumping' a problematic patient."49

Barth believes "pain management does not accomplish anything but getting the patient addicted." He concludes that the "pain management situation in the U.S. is, indeed, horrific."50Nonetheless, it is among the fastest growing segments in medicine today.

A similar review of pain management via ESI was regarded as "goofy" by R. Norman Harden, MD, in the American Pain Society Bulletin:51

"We practice at a time when unproven experimental, invasive, and expensive procedures are often compensated without question. Many of the surgical and interventional techniques have never been subjected to evidence based inquiry. Oddly, the FDA approves devices and procedures relatively easily ... in this context, there has been a proliferation of extremely goofy therapies, which are expensive at best, and downright dangerous at worst."

Another criticism of ESI appeared in the American Pain Society Bulletin by Steven H. Sanders, PhD, who revealed nerve blocks for back pain are not supported by scientific research: "From the current review, we must conclude injections and nerve blocks produce a large amount of money with very little science to support their application."52

Not only have epidural injections come under criticism; so has the widespread use of opioids in the long-term treatment of back pain. "There is increasing recognition that this massive treatment movement may have been a mistake," opined the editors of The Back Letter. "The proven benefits of opioids do not extend to the long-term treatment of chronic pain ... Editorials and commentaries in medical journals are starting to pose the question, 'How could this have happened?'"53

A new study on opioid use from Denmark reveals more disturbing news. Although proponents of opioid drugs speculate they provide significant pain relief, improve function, and enhance quality of life over the long term, a new study by Per Sjogren, MD, and colleagues refutes this claim. They found the use of opioids was associated with inadequate pain relief, poor quality of life, long-term unemployment, and high levels of medical care-seeking.54

Not only can most medical spine treatments be avoided, but they also must be reigned in if America hopes to reduce its health-care spending crisis. This problem has become more apparent after research found that the Fortune 500 companies spent over $500 million a year on avoidable back surgeries for their workers and lost as much as $1.5 billion in indirect costs associated with these procedures in the form of missed work and lost productivity, according to a two-year study by Consumer's Medical Resource (CMR).56

This CMR study, "Back Surgery: A Costly Fortune 500 Burden," found one out of three workers recommended for back surgery said they avoided an unnecessary procedure after being given independent, high-quality medical research on their diagnosed condition and treatment options. In addition, those patients who refused surgery and opted for alternative and less invasive procedures to treat their back pain reported healthier and more personally satisfying outcomes.

As the TRICARE study found, patients are more satisfied with chiropractic care than medical care treatments for low back pain. T.W. Meade, MD, of the Wolfson Institute of Preventive Medicine, London, England, surveyed patients three years after treatment and found that "significantly more of those patients who were treated by chiropractic expressed satisfaction with their outcome at three years than those treated in hospitals – 84.7 percent vs. 65.5 percent."57

A recent comparative study of back pain treatments by Antonio P. Legorreta, MD, MPH, et al., "found cost savings relating to chiropractic treatment of common complaints such as neck and back pain. Focusing on low back pain diagnoses that were selected specifically for comparability between medical and chiropractic practice, our analysis found that patients with chiropractic coverage had significantly lower rates of use of resource-intensive technologies, such as x-ray examinations, MR image, and surgery, and lower use of more expensive patient care settings, such as inpatient care. This is reflected in the significantly lower cost, at both the episode level and the patient level, of providing care for back pain."58