Written By SunCoast SpineCare on February 5, 2020

Lifestyle Changes in Relation to Initiation of Antihypertensive and Lipid‐Lowering Medication: A Cohort Study 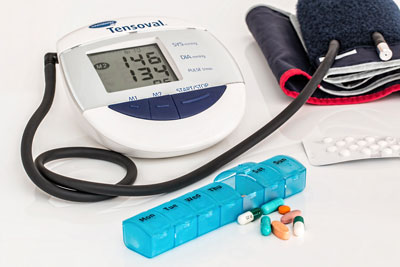 Let me first summarize the study and results and I have printed parts of the article from the Journal of the American Heart Association.  The bottom line is this. They put adults on high blood pressure medication as well as statins for cholesterol. These adults were free of cardiovascular disease.  What they found was that the people on medication (initiators) had greater increases in BMI and more likely to become obese then the adults not on medication. They also did not exercise as much as the non-initiators.  However they were more likely to quit or decrease smoking and decrease alcohol consumption, except with heavy drinkers in which there was no difference. Therefore, many patients have the attitude that they don’t need to make lifestyle changes because they are on medication which “solves the problem” so why should they bother?  Clearly this is the wrong attitude. In my opinion, part of this attitude is as a result of their physicians. There are some physicians who feel that putting their patients on medication is much easier then trying to convince them to make the necessary lifestyle changes. I am not saying all physicians feel this way but some do.  They are not strong enough with their patients and do not express the urgency to make the changes. In addition, they do not give patients strict guidelines to follow.

My weight loss program is specifically designed to not only allow for rapid weight loss but more importantly, to teach people how to make the necessary changes in lifestyle-permanently!

Here is a quote from the article:

In this large cohort study of Finnish adults free of CVD, there are 4 key findings. First, initiators experienced greater increases in BMI and were more likely to become obese than did noninitiators. This attenuates positive treatment effects and supports the substitution hypothesis. Second, the likelihood of becoming physically inactive was higher among initiators, a finding supporting the substitution hypothesis. Third, in support of the complementation hypothesis, smokers who initiated preventive medication were more likely to either quit or decrease smoking compared with untreated smokers. This is likely to amplify the effectiveness of pharmacotherapy. Fourth, although average alcohol consumption decreased more among initiators than noninitiators, there was no difference in the odds of heavy drinking.

This was the first large‐scale, prospective, cohort study on the associations between use of preventive medications and lifestyle change. Prior research on the relationships between preventive medication use and lifestyle has typically considered either use of antihypertensive medications10, 32 or statins9, 11, 14, 21, 22, 23, 33 but rarely both.12, 20 Most previous studies have been cross‐sectional9, 11, 14, 22, 23, 33 and provide no information on potential lifestyle changes during the time window around the initiation of medication use. We included both antihypertensive and statin medications and also studied them separately. Using individual‐level data with repeated measurements, we were able to determine each individual's lifestyle before and after medication initiation.

Our results on greater declines in smoking and increases in obesity among initiators of preventive medication agree with those from a small Canadian cohort study involving 769 new hypertensive participants of the National Population Survey (1994–2002) who also reported use of antihypertensive medication.32 Another longitudinal study based on the Framingham Heart Study Offspring Cohort (1983–2001) showed an increase in obesity among statin users but no clear decrease in smoking.14 Furthermore, statin use was associated with an increase in moderate alcohol consumption and physical activity in men but not in women. In addition, a study including 871 participants of the Inter99 health behavior intervention trial reported an association between increased physical activity and likelihood of initiating statin use over a 5‐year period (up to 2006),20 but no association was observed with initiation of antihypertensive medication. These results are consistent with the observations in our study population, the majority of whom started preventive therapy with antihypertensive medications. Together with the preceding observations and data from repeated cross‐sectional surveys from the United States23 and Korea22 showing faster increases in fat and caloric intake, obesity, and physical inactivity among statin users versus nonusers, our study provides more support for the substitution hypothesis (unfavorable or no lifestyle change) than for the complementation hypothesis (positive lifestyle change).

It is well documented that smoking cessation often results in weight gain, particularly in women, that cannot be prevented by increasing physical activity.35 In our data, the average increase in BMI among quitters was 1.20 (SD: 2.05) for initiators and 1.09 (SD: 2.07) for noninitiators (data not shown). Although initiation of preventive medication was associated with quitting smoking, the difference in the increase of BMI remained approximately the same for initiators and noninitiators after excluding the quitters (adjusted difference: 0.18; 95% CI, 0.15–0.22).

A key limitation of our study is the generalizability of the results. Our study population consisted of a relatively homogenous sample of white public sector workers, with only 16% of the participant observations related to men and the mean age being slightly >50 years. Furthermore, during the study period, intensive public health action took place in Finland36 and may have affected the lifestyles of both medication users and nonusers. For example, smoking in public indoor places and workplaces was prohibited already in the 1990s and in restaurants in 2006. The national development program for the prevention and care of diabetes mellitus was implemented in 2000–2010.37 This program aimed to increase awareness of diabetes mellitus and its risk factors (including the same lifestyle factors considered in this study) in the whole population through various activities, such as media campaigns and health fairs. Consequently, our results may not be generalizable to countries or settings with different preventive policies.

Furthermore, initiators of preventive medication have presumably received counseling from health professionals before initiation, as the clinical guidelines have recommended lifestyle change lasting for weeks or months as the sole intervention among individuals in primary prevention.29, 38 Unfortunately, we have no information on the contents and timing of this counseling or other forms of health promotion to which the medication users in this study were exposed. Because some participants may have initiated lifestyle change before baseline, we may have underestimated the change related to medication initiation. However, high‐risk behaviors were more common among initiators than noninitiators at baseline; therefore, there was more room for improvement.

We did not have information on each participant's diet (eg, fat or fruit and vegetable intake), blood pressure, or cholesterol levels. Our noninitiator population is likely to be a mixture of patients free of hypertension or dyslipidemia and those who may have been diagnosed with these conditions but did not use medications; that is, a small proportion of noninitiators may be individuals among whom lifestyle modification alone was effective. Our definition of medication use was based on dispensation data, and we could not verify whether and how the dispensed medications were consumed. Self‐reporting has been found to underestimate obesity,39 smoking,40 and alcohol consumption.41 However, this is unlikely to have changed between waves, and each lifestyle factor has been shown to be associated with increased all‐cause mortality and CVD event risk in these data, except for high alcohol consumption.26

In sensitivity analyses, we excluded participant observations linked to records indicating myocardial infarction, chronic coronary heart disease, chronic heart failure, or stroke between the survey waves and those indicating diabetes mellitus at any time before the second wave. This did not alter observed associations. However, other conditions such as respiratory events, cancers, or chronic gastrointestinal disease could also affect lifestyle factors and, if distributed unevenly between initiators and noninitiators of preventive medication, may have confounded the associations between medication initiation and lifestyle change. Furthermore, it is possible that the associations between medication initiation and increases in BMI were confounded by menopausal status (among women) or age‐related weight gain. When we analyzed these associations within 10‐year age groups, BMI seemed to increase more among initiators than noninitiators in each age group, but the association between medication initiation and change in BMI was stronger among those aged 40 to 49 years (adjusted difference in change in BMI: 0.30; 95% CI, 0.22–0.37) than among the older age groups in the whole study population (adjusted difference in change in BMI, 50–59 years: 0.11 [95% CI, 0.05–0.17]; ≥60 years: 0.13 [95% CI, 0.02–0.24). This was true for women and men (data not shown); therefore, our conclusions did not change.

Our findings support the notion that there is scope to improve management of lifestyle‐related risk factors among individuals who have initiated preventive medication. Patients’ awareness of their risk factors alone seems not to be effective in improving health behaviors.42 The most recent primary prevention guidelines in Europe8 and the United States43 emphasize cognitive‐behavioral strategies (eg, motivational interviewing, shared decision‐making), multidisciplinary and team‐based approaches, and evaluation of social and other individual‐level determinants of health when choosing the optimal strategy for each patient.

Initiation of antihypertensive or statin therapy appears to be associated with lifestyle changes, some positive and others negative. This means that expansion of pharmacologic interventions toward populations at low CVD risk may not necessarily lead to expected benefits at the population level. More effective measures are needed to support the recommended lifestyle change in relation to the initiation of pharmacologic interventions for primary prevention.